Despite the horrible weather and deep mud The High Wycombe Jack-in-the-Green went out and about on 1st May 2012. Our Thanks to Thorskegga Thorn for a great Picture despite the downpour

The Whitstable Jack-in-the-Green went out on Monday 7th May 2012. The Jack was supported as always by Oyster Morris.  Our congratulations to Dixie Lee who revived the procession in 1976 and was presented with a wonderful wooden plaque to commemorate her retirement. I had hoped to make it to Whitstable myself this year but sadly the bank holiday traffic put a stop to that!…next year! I’m extremely grateful to Quentin Fletcher for giving us permission to reproduce his wonderful pictures of the Whitstable Jack for another year. 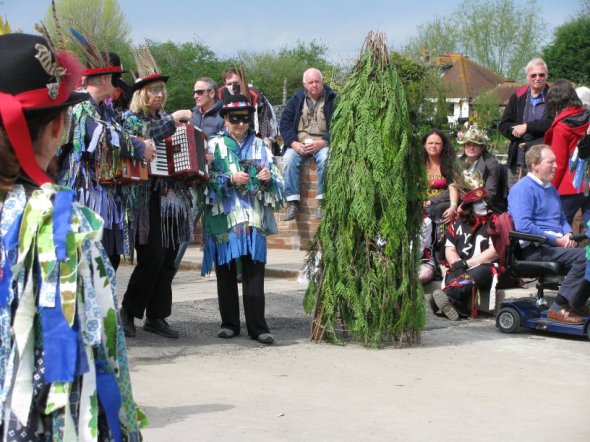 The Winchcombe (Gloucestershire) Jack-in-the-Green paraded through the streets of Winchombe on Saturday 5th May 2012. The Winchcombe  Jack was revived on August 31st 2009 as part of “Marking the Year.” A Jack was recorded as visiting a local school by Emma Dent of Sudeley Castle in the 1890’s. The Jack was then resurrected for May Day 2010 and a local May bank holiday village fete and now appears every year

I am really pleased to be able to confirm that the Tunbridge Wells Jack-in-the-Green went out in Tunbridge Wells town centre with a crown of May blossom at around 10:30am on Saturday 5th May 2012. Jack led a procession around the commons of Rusthall and Tunbridge Wells and then was slain to release the spirit of summer. He was accompanied by a number of drums and was flanked by a red flag and a flag of Kent. It was great to confirm this Jack as I had been led to believe that it had only appeared for one year but I can now report that this was the fourth consecutive year for the Tunbridge Wells Jack-in-the-Green (our website details will updated shortly)

The Hastings Jack-in-the-Green was released this morning from the Fisherman’s Museum in Rock-a-Nore Rd and paraded through the town of Hastings joined by the City of London Jack-in-the-Green, the Fowlers Troop Jack-in-the-Green and a vast array of Bogies and other followers in celebration of the Hasting’s Jacks 30th Anniversary. Many more pictures to follow on our Flickr site soon. sadly I didn’t manage to get away in time to visit the Whitstable Jack and would dearly love some pictures if possible. I would also like to hear from anyone who can give me confirmation of sightings  or pictures of any other Jacks that went out this year including:

I believe (but would love confirmation) that the City opf London Jack-in-the-Green was out and about in the City on May 1st. Jack also joined the Fowlers troop Jack and the Hastings Jack in Hastings on 7th May. I attempted to catch the City of London Jack as it left the Fisherman’s Museum prior to the Hasting’s Jacks release  to find out more but due to it’s extremely speedy nature and habit of running off at high speed whilst shouting “bogie, bogie, bogie”  I failed miserably. More pictures soon on our Flickr site http://www.flickr.com/photos/thecompanyofthegreenman/ 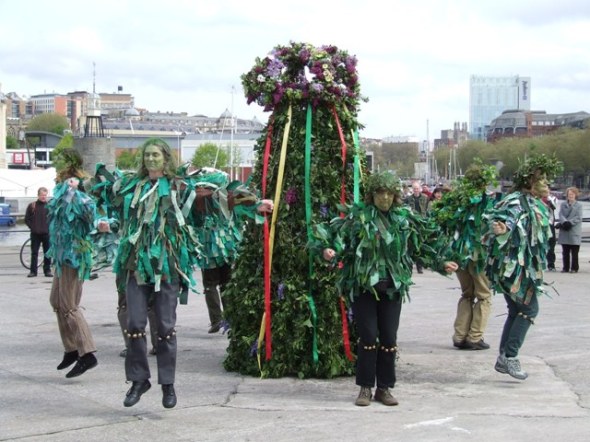 The Bristol Jack in the Green appeared from his new location just across the river from the Arnolfini at the fantastic new M Shed at Bristol Harbourside on the Morning of May 5th. He was awoken by musicians and dancers and his attendants then led him on a fabulous procession through the streets of Bristol. he arrived at Horfield on the outskirts of Bristol at 4pm where he died to release the spirit of summer. Another fantastic day with the Bristol Jack, my thanks to all involved  for keeping this wonderful event so vibrant and magical for all. Many more pictures of all the Jacks will be posted on our Flickr site over the coming weeks, you can access the Flickr site from www.thecompanyofthegreenman.co.uk

The Highworth Jack-in-the-Green took part in the Highworth May Market in Highworths Main Street on Saturday 5th May. The sun put in an appearance and Jacks magic helped to keep the rain away for the May celebrations. My thanks to all involved with the Jack

The Rochester (Blue Bell Hill) Jack-in-the-Green was awoken on Blue Bell Hill at Dawn on May morning surrounded by twelve bonfires and a small deluge of rain. My thanks to all those who took part and made for a soggy but magical May 1st and  especially to Motley Morris and Gordon Newton  for letting me take pictures whilst their tatter jackets absorbed the deluge. Next stops…Bristol and Highworth on May 5th 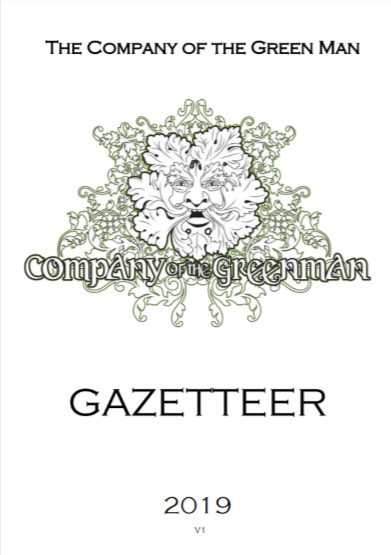