It’s been a great year for sightings of The Traditional Jack-in-the-Green across the UK. My thanks to everyone who has confirmed sightings and sent in some fantastic photographs. I’ll be posting plenty more pictures of this years Jacks in the weeks to come both here and on our Flickr Archive. The picture above of the Fowlers Troop/Deptford Jack in the Green was taken by Ross Parish and the picture below of the spectacular Hastings Jack in the Green was taken by Rose Blakeley.

I have now had confirmed sightings of the following 21 Jacks for 2016:

You can find more detail about each Jack HERE

Whilst this blog remains our main method of communication Twitter has been a great source of information, photographs and videos of this years Jacks. I’ve been favouriting and retweeting over the past week from our Twitter account which you can find HERE

I would love to be able to gather photographs of all of this years Jacks for our free online Flickr archive. Please send any pictures via the ‘Contact Us’ tab at the top of the blog page. All pictures are always copyrighted to the original photographer.

If you haven’t seen a Jack-in-the-Green yet this year there is still at least one more to come. The Carshalton Straw Jack is a celebration of Harvest that takes place in September each year. The straw Jack is ritually stripped in the evening so that all present can take a keepsake and then he is burnt in a brazier. It is hoped that he will be burnt as a complete figure one year. The date for this event is still to be confirmed but you can visit the website here: Carshalton Straw Jack 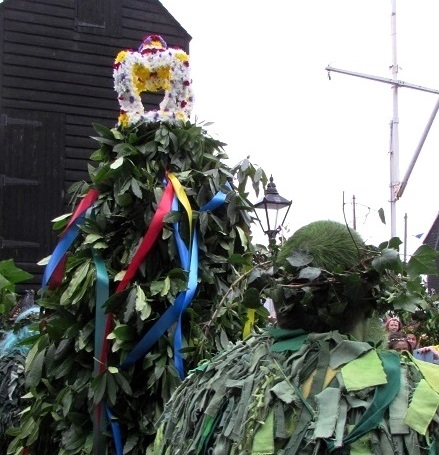 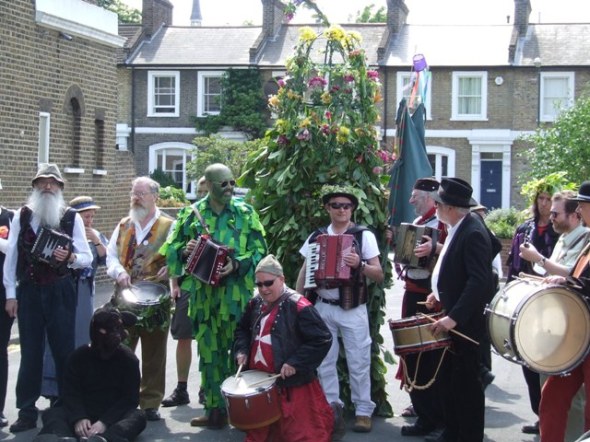 The Fowlers Troop Jack-in-the-Green will go out today around Greenwich. Please find details of the route below. If you see this years Jack please do take a picture and send it to me at greenman@virgin.net